I've been taking part in Where's George? since August 1999. I have entered over 180,000 bills into the system and have received more than 41,000 hits in all 50 states plus DC, 6 Canadian provinces, and also Europe, Asia and Australia.

So what is Where's George?

It's a fun diversion involving tracking currency. Basically, you enter the denomination, series and serial numbers of bills that you have into the Where's George website. Then you mark the bills with a blurb about Where's George and the URL of the website. Then you spend the money. And then when someone else enters the info on the bill, you get a report showing where the bill is.

Here is an example hit report for one of the bills I have sent out.

How do you mark your bills?

Isn't it illegal to stamp on bills?

Question #8 in the Where's George FAQ addresses this issue. Marking bills is not illegal as long as it doesn't render the bills unfit to be reissued. 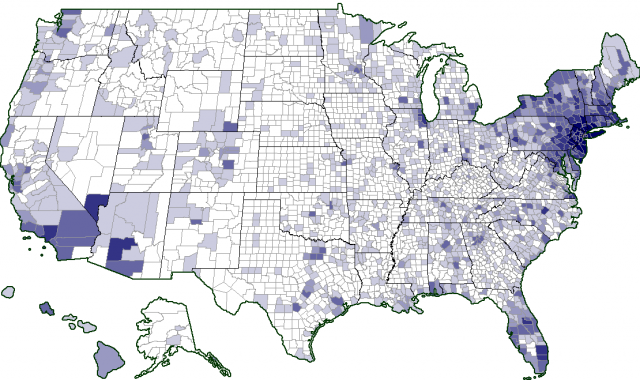 As you can see from the county map, even though I have had hits in all 50 states, there are still a lot of empty spaces to fill in.

Isn't all that a tad obsessive?